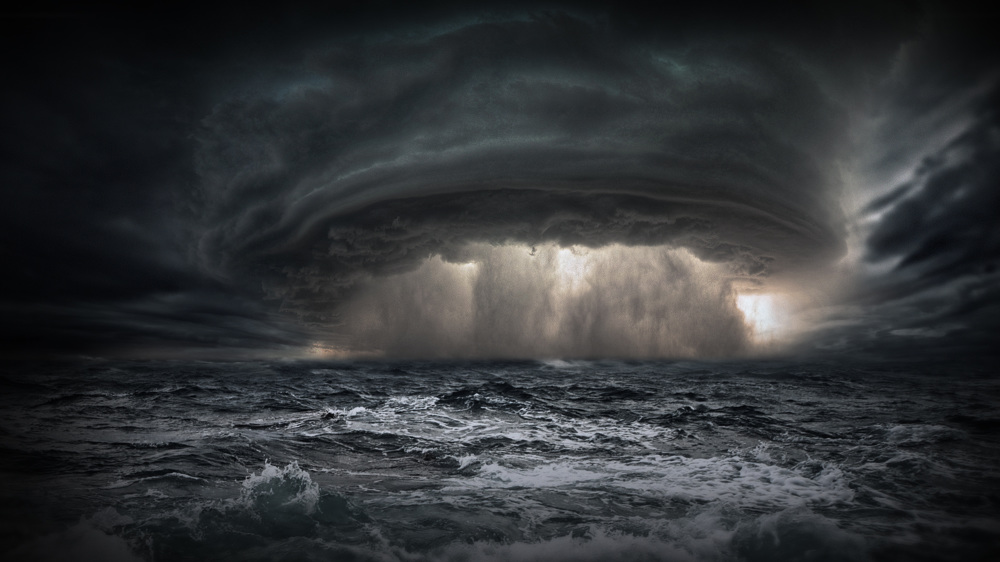 Greta Thunberg has gone around the world these past few months, meeting world leaders, talking at summits that has to do with enviromental issues, lately now in Madrid. But what is it that she wants really, and what would the consequenses be if she got her wishes thru? Well she thinks that were very close to a tipping point when the man made changes to the climate will be great and irreversible. She thinks that were basically sitting in a house thats on fire, and if we dont put the fire out really fast were all going to get burned. 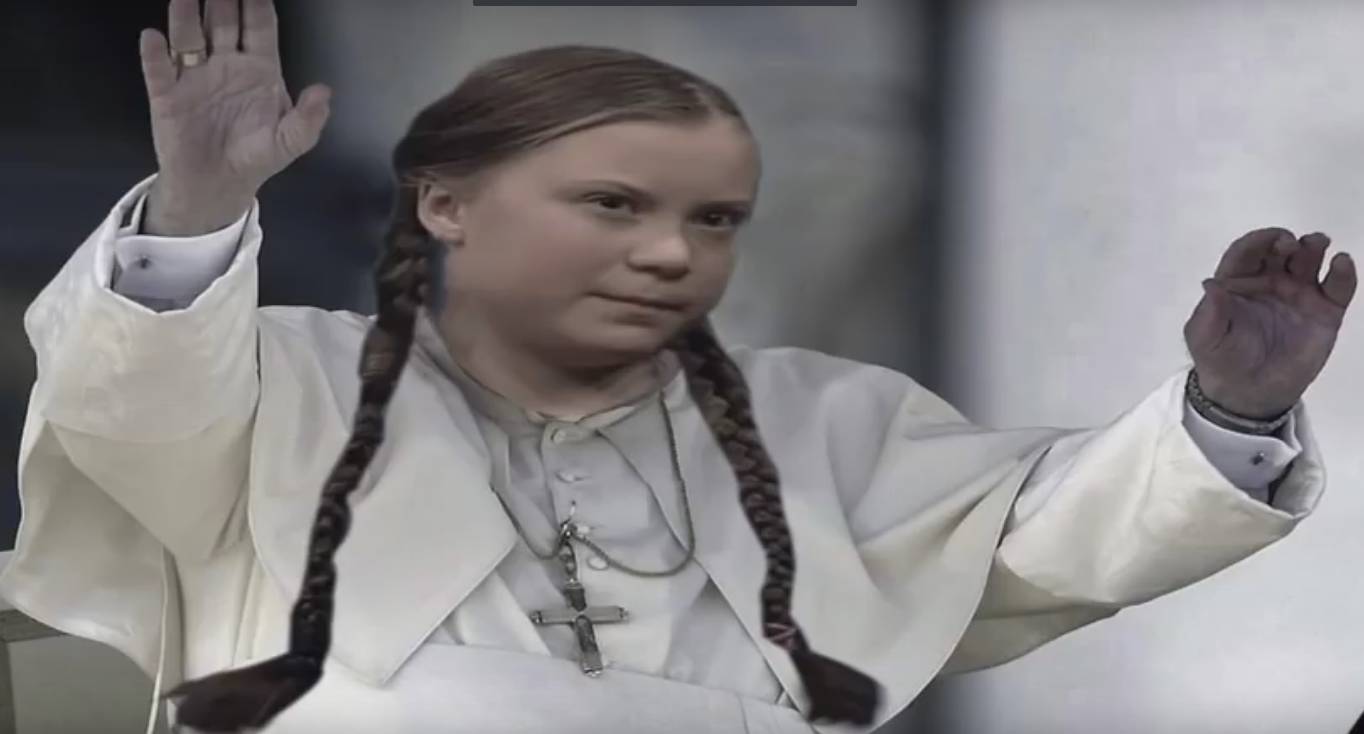 Its not just she that thinks so of course, theres a whole movement out there with organisations full of activists calling for strong meassures fast! But she has become their spokesperson and somewhat of a climate messiah that many of them now think is going to save the planet. So she wants us to stop using fossil fuels immediately! Were talking of course no more fossil fuel driven cars, trains, boats etc.

No more burning coal cause that also spikes carbon dioxide, no more nuclear energy  which is somewhat of a paradox because its the cleanest energy that you can find, any scientist that has studied the subject will tell you that but never the less thats what she and most of her like-minded activist friends wants. Now to get rid of all of these things would be difficult and quite possibly impossible if we want to sustain some of the quality of life that were enjoying right now.

But Greta and her movement doesnt just want us to get rid of all of this, they want us to do it fast! I want you to stop for a second and think about what the real consequences of actually doing all that might be. The saying “be careful what you wish for you might just get it” comes to mind. Actually i dont think theres any risk that Greta and her Climate apocalyptic friends will get their will thru but just imagine if they did.

Imagine all the transportation that wouldnt work, lack of electricity, most definately lack of food as well due to all of this, well the list of what might happen if we were to cut out all fossil fuels and nuclear power quickly, could just go on and on and on and a note on that that is a little funny is that its just those kind of things that the climate activists are warning for that might happen due to global warming. This is not rocket science anyone can understand this if they think about it rationally for a few seconds, were talking about world economies in complete ruins! And this is actually what these enviromental activists want. 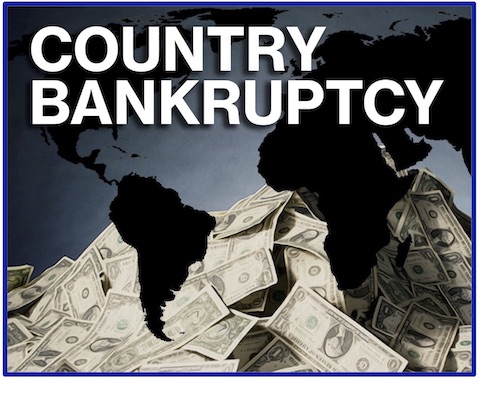 Well not the disaster of course, but the meassures that would cause them. So do you think that there are any world leaders that might want to pick up on this experiment and see where it ends? The answer to that is of course NO! Which leads up to the question how come she is their darling with a few exceptions? The answer to that is to them she is “the perfect storm” Now politicians, world leaders are trying to run countrys but they also need to get popular in order to win elections. They have a lot of priveligies, such as high salarys etc.

They need money from the people to keep the wheels in motion, and they get that from taxes. But what happens if they want more and more money from the people. Let me introduce the Laffer Curve. The Laffer Curve is based on the economic idea that people will adjust their behaviour in the face of the incentives created by income tax rates. Higher income tax rates decrease the incentive to work and invest compared to lower rates. 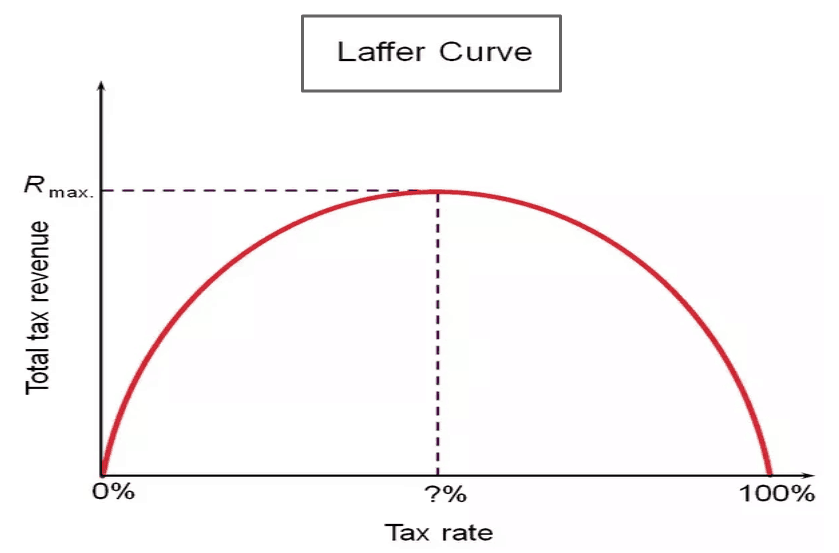 If this effect is large enough it means that at some tax rate, further increase in the rate would actually lead to decrease in total revenue. For every type of tax, there is a threshold rate above which the incentive to produce more diminishes thereby reducing the amount of revenue the government recieves. So if you understand what the Laffer Curve means if you as a government just keep raise taxes because you want more revenues at some point in time you will actually get less……unless you can explain to youre citizens why this new tax is absolutely vital.

This is where Greta comes in to the picture, and why so many world leaders love her. She talks about how the end is near, unless we change etc. The world leaders listen to Greta and explain to their citizens that what she says is very important and that we need to change, we need to move towards getting rid of all fossil fuels and so on, its vital, we have little time and so on. Do they get rid of fossil fuels? No of course not because if they would it would throw their country in to termoil.

But it is now easy for them to convince their citizens they need to pay higher taxes in order to save the climate. This is of course complete nonsense as these kind taxes has no effect what so ever other then getting more money in to the government treasury. Let me take the example of how it works here in Sweden. Here we meassure the gas in liters, the price fluctuates of course but a recent average price could be 15,76 kr for one liter of gas.

Converted in to dollars for one gallon of gas that would be 6 dollars 37 cents. You also need to take in to consideration when comparing gas prices that the swedish crona has plumeted against the dollar so a few years back when the crona was doing better the converted price might be closer to 10 dollars per gallon. Now of the price 15,67 kr per liter 9,72 kr or 61,7% consist of 3 taxes, its energytax, carbondioxide tax, and vat.

As if we were not paying enough before, recently these taxes where raised, and will be raised again after new years. How do you think this was articulated to us citizens? You guessed it….in order to save the climate. So basically we the citizens are paying a lot of money for a better enviroment. On a side note i might add not a single crona of those 3 taxes is earmarked for anything that has to do with enviromental issues, it just goes straight in to the treasury.

So if all of Sweden would stop driving cars…you can see that the effect of that seen in a global perspective would be the equivalence of a fart in space. So you can see were basically beeing duped and many people are buying it….were paying alot of money for taxes that are supposed to have an impact on global warming. And regardless of wether you believe emissions of carbon dioxide is a big problem or not…the out come is still the same….were paying for no effect what so ever.

There you have it….Greta and her climate activist friends are the perfect storm for greedy politicians looking for new ways to tax their already over taxed citizens….the climate activists are not the winners, regular people are not the winners, no one is…..except for the above mentioned politicians that figured out a way to make their citizens happily pay more taxes to supposedly save the climate…..

Im a regular swedish christian conservative guy that doesnt like to keep my mouth shut. However If you know something about my country you would understand that it makes me highly irregular here. But i prefer getting a good nights sleep with a clean consciense rather then keepin quiet knowing. So thats why im doing this, basically letting the world know about things going on here. Sometimes you need to speak up not because you think youre going to win a battle or accomplish change but because you think its Gods will and how He wants to use youre efforts is His plan….